← back to
Art Unnamed
Get fresh music recommendations delivered to your inbox every Friday.
We've updated our Terms of Use. You can review the changes here. 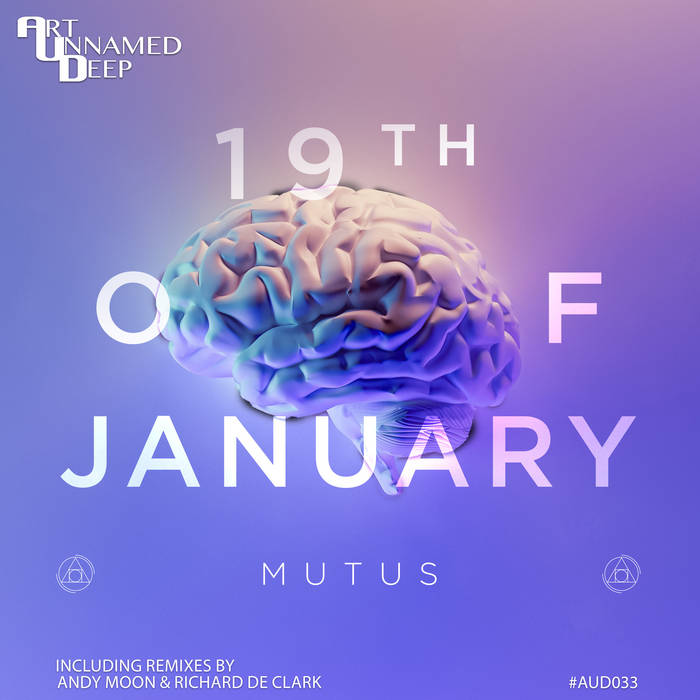 We are very happy that we discovered MUTUS.

MUTUS is a live electronic music band from Turkey. In addition to the studio productions, MUTUS present their music with a classic band setup with drums, guitar, bass, synths and vocals. With the debut on Art Unnamed Deep, we look forward to many more releases.

The Head of MUTUS is Umut Uslusoy a turkish Artist, Audio Engineer working mainly in the TV Post Production with his own studio and he is a passionate Songwriter and Artist since more than 25 years. His Music is featured and used in Turkish Prime TV Stations. With his Buddies he created MUTUS as an Electronic Live Band.

'19th of January' is a stunning melodic techno track with a huge atmosphere. We releasing it together with the 'Live' Version recorded Live especially for this Release.

Andy Moon created the '19-01 Andy Moon Rework'. He re-arranged all the Synths from the Original with his own equipment and tried to give the Song a more roughness and dirty feeling.

Richard de Clark contributed with 'Chilled 19th of January' a Lounge Remix just for the easy listening fans of this fantastic song.

Make sure you also watch the 'Live' - Videos we will release with this EP to see MUTUS recording the 'Live' Version.

We belong now to the Sophisticated Culture Foundation and are part of a Non Profit Organisation. All our earnings goes straight away in to the charitable work of the Foundation.

Find all our Releases on our Bandcamp Label Page. artunnamed.bandcamp.com ... more